Our basic knowledge about bowling has been completed in last episode, now we are moving towards our core basics, First we will explain the Bowling Grips for Fast Bowler, so let’s start………..

Grip – This is one of the key factor of bowling and the way of holding the Ball between your fingers is simply called Gripping of Ball in cricketing language, variation in grip has a major influence on the outcome of a delivery,  it may be different from bowler to bowler or type of bowler, Ball can be gripped in many ways, I am explaining the gripping with all different ways…..
Plz see the pictures to understand the position of the fingers for different kind of bowling grip.

Fast Bowling Grip – Hold the ball on seam with index and middle finger on top duly touching each other and thumb at the bottom of the ball. 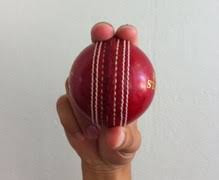 Slower ball grip - Hold the ball on seam with index and middle finger on top, make a gap between the fingers out of the seam and thumb at the bottom of the ball 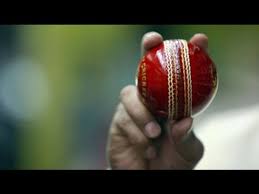 Off cutter - Hold the ball on seam with index and middle finger on top, Index finger should be on seam and middle on slight right side of the ball (Right hand bowler) and slight left (Left arm bowler) and thumb at the bottom of the ball.

Inswinger - An inswinger is bowled by holding the cricket ball with the seam vertical and the first two fingers slightly across the seam so that it is angled a little to the leg side. Once the ball has worn and been polished so that one side is rougher than the other, the rough side is placed on the leg side 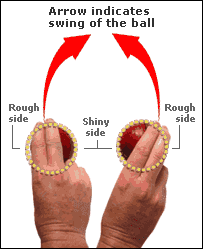 Outswinger - An outswinger is bowled by holding the cricket ball with the seam at an angle and the first two fingers running along either side of the seam. The ball must be released at 12 o'clock height. The hands should move slightly towards the left at follow through and must push down for more back-spin

Knuckle Ball - In the sport of cricket, a knuckle ball (or knuckleball) is a type of delivery employed by a fast bowler, and a type of slower ball. ... The ball is bowled by the bowler positioning the ball on the knuckles of their index and middle finger, instead of in the fingers themselves 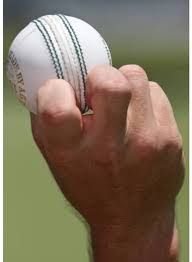 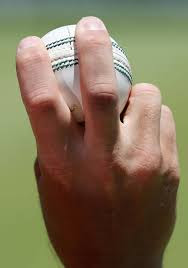 Please examine the physical condition of our kid, If he is strong in his built and having power to deliver fast ball, than you can go with fast balling techniques, After covering this topic, I will move to Spin balling as well, So don’t worry, I will cover each and every aspect of cricket in my series.

An outer line of bowling introduction has given in our last two episodes, now we will move to our core training and techniques, Bowling is more technical and need more physical strength in comparison to batsman, Bowler needs more fitness, work out and working on techniques..
So firstly will share the component of balling and will describe the same point wise 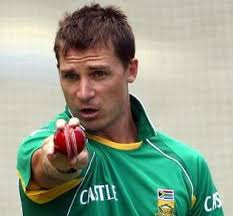 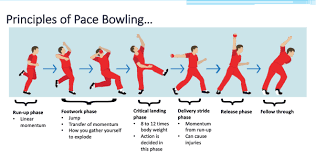 Role of Fingers
Role of Wrist

Description and details will be shared in next episode, before starting core bowling practice, we have to understand our pitch, Bowling rules, invalid and valid deliveries etc.

1.      Dead Ball- the striker is not ready for the delivery of the ball and, if the ball is delivered, makes no attempt to play it.  Provided the umpire is satisfied that the striker had adequate reason for not being ready, the ball shall not count as one of the over, the striker is distracted by any noise or movement or in any other way while preparing to receive, or receiving a delivery.  This shall apply whether the source of the distraction is within the match or outside it, the bowler drops the ball accidentally before delivery, the ball does not leave the bowler’s hand for any reason other than an attempt to run out the non-striker under Law 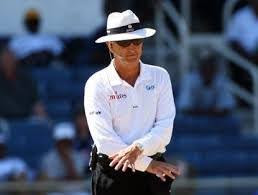 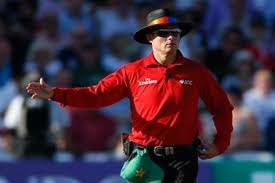 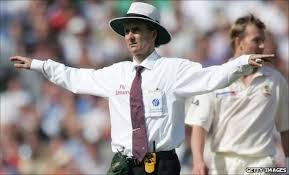 So these are the basic information before starting bowling , hope the information will be useful to you, I understand it is slightly lengthy but have to gone through with this before practicing.
Will see you in next episode with our basics …….Keep practicing Keep tuned…….

Hope you all are well, doing well practicing well and at-last enjoying best……………
In our Last episode which was published on 24th June 2020, we have read about bowling, Types of Bowling and there brief description, now we will move to little advance and will read some further classification of balling. 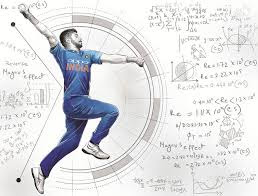 Types of fast (Pace) bowling as per there speed

Types of pace Bowling as per Deliveries. 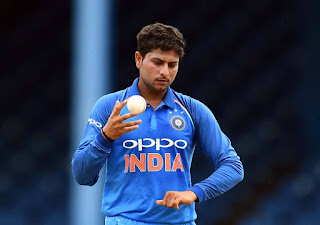 So these are the type of bowling which is been done in cricket ground by different bowlers, There is no such parameter to determine that who is good bowler as per there balling style, every bowler have their own importance depend on the situation, game, pitch, wicket , condition of ball and air speed and direction. 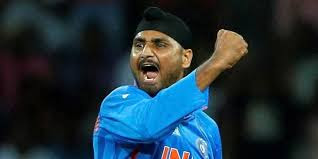 So this is all about the basic classification and knowledge of bowling types, I think this will suffice for our little champs as if they know this much will work for them, now in next episode, we will discuss about the balling techniques other aspects , So keep tuned and keep reading,
Thank you………

Hello Friends,
Our Batting session is almost over, Hope I have covered all the essential things in my previous blog, Further if any customized requirement is there, please let me know – I will help you out at my best level
Now we are starting a new session i.e. Bowling……………. 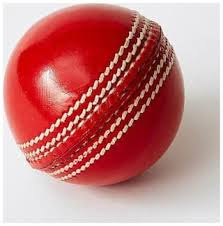 We all know that Cricket have four things in Major i.e. Batting, Balling, Fielding and Wicket Keeping, All aspects are very important for a balanced and strong team, So will try to cover all techniques of bowling in this session

Fast Bowling – A Bowler who rely on the pace of the ball to dismiss the batsman - A typical fast delivery by a professional has a speed in the range of 137–153 km/h (85–95 mph).
Fast bowler aim of pace bowling is to deliver the ball in such a fashion as to cause the batsman to make a mistake. The bowler achieves this by making the hard cricket ball deviate from a predictable, linear trajectory at a speed that limits the time the batsman has to compensate for it. For deviation caused by the ball's stitching (the seam), the ball bounces off the pitch and deflects either away from the batsman's body, or inwards towards them. Swing bowlers on the other hand also use the seam of the ball but in a different way. To 'bowl swing' is to induce a curved trajectory of the cricket ball through the air. Swing bowlers use a combination of seam orientation, body position at the point of release, asymmetric ball polishing, and variations in delivery speed to affect an aerodynamic influence on the ball. The ability of a bowler to induce lateral deviation or 'sideways movement' can make it difficult for the batsman to address the flight of the ball accurately. Beyond this ability to create an unpredictable path of ball trajectory, the fastest bowlers can be equally potent by simply delivering a ball at such a rate that a batsman simply fails to react either correctly, or at all.
As per previous international records, Pakistani Bowler Mr Shohaib Akhtar has reported fastest baller in world he bowled at 161.3 Kmph as his fastest ball, also known as “Rawalpindi Express”
However Mr Morne Morkel of West Indies had bowled at 173.9 Kmph which is 12.6 Kmph faster than Shohaib Akhtar 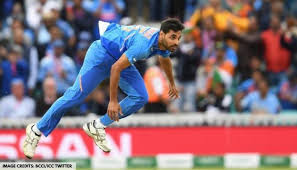 Medium Pace Bowling - Fast bowlers usually bowl above 130–35, and it goes up to 150 while medium pacers are the ones who bowl upto 130km/hr. There is no major difference in fast bowler and medium pacer and it is of speed only, 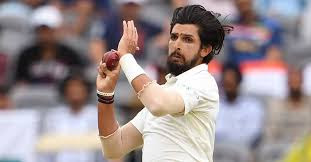 Spin Bowling – Spin bowlers are magicians who do magic with ball,They didn’t rely on the pace, they rely on swing only, that can be in two ways, either inside the stumps or outside the stumps. Spinners may of many types like off spinner, leg spinner, right handed left handed etc, 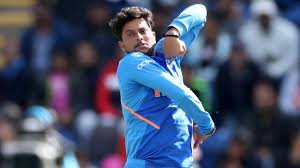 This is very basic introduction of bowling and now we will move into the details and will learn other aspects of balling, So keep tuned keep watching keep following and most importantly keep practicing, We see you in next episode with bowling knowledge………………..

Hope we are doing practice of previous episode tips and getting benefited, with our past blogs, we have discussed about back foot drills, and in our last episode, I described Hook Shot.
Now we are moving to end the back foot skills with late cut and upper cutLate Cut is most safe shot to play with highest concentration on batting, Upper cut is mix of late cut and hook shot which is can also be played with high concentration on batting and with strong body balancing when bending towards back side, both shots are been played behind the stumps and the pace of the ball can be used perfectly by batsman in these shots.

Late Cut - A late cut is played as or after the ball passes the batting player's body and is hit towards the third man position. The cut shot is typically played off the back foot but is also sometimes played off the front foot against slower bowling

A late cut is a cross-batted stroke typically played off the back foot by slicing the ball towards third man. ... Lean your head towards the line of the ball to play the shot close to your body and cut the ball at the very last moment to deflect it wide of the keeper's reach.

Upper Cut - An upper cut is a shot played towards third man, usually hit when the ball is pitched outside the off stump with an extra bounce. It is a dangerous shot which can edge the ball to keeper or slips if not executed correctly. The shot is widely used in modern cricket.

This is most magical shot which was invented by GOD OF THE CRICKET, none other than Legend “SACHIN TENDULKAR”.   Tendulkar's craft while using it truly makes him the inventor of the modern uppercut where the ball doesn't stay on the ground but sails over the third man boundary. Not only for records is he arguably the greatest to pick up a cricket bat.


I am trying to describe Upper cut in this way “A half bally, or short pitch ball with the height above chest level or at head level on off side or targeting body of the batsman, he should keep bend himself, Make body in Z shape, Bat to flat and face of the Bat towards Sky, and touch ball softly and to ensure it will cross to wicket keeper,

This is all about the Back foot game in cricket which is finish now, Perfection will come with lot of focus practice and with time, So keep watching keep practicing and keep enjoying the game of gentlemen.

Hello Friends, Our basic knowledge about bowling has been completed in last episode, now we are moving towards our core basics, First...